The Fab Five Follies Fund Raiser continues.  Thanks to everyone who has donated so far.  I am touched by your support.  Donation Link for those still interested in helping Children International, The Alliance for Children's Rights and The Andrew Reisse fund at University of Maryland: www.justgive.org/runlairdrun

Day 2 of the back-to-back madness:
After a spot on target Hartford Marathon, my thoughts turned to attacking (or surviving) the UnitedHeatlhCare Newport Marathon in Rhode Island.  This jewel of New England is populated by huge mansions and a seaside attitude to match its miles of coastline around the various islands and peninsulas that comprise the city.


Where the Hartford marathon exuded a big city start with pomp and whatnot, this smaller marathon said local from start to finish.  The expo, in a parking lot along Easton Beach also served as the start area.  Expecting a lot of vendors selling wears.  Yeah, not at this race.

Still, the day dawned on Sunday with some breezes and sun, but lots of good energy.  As I walked from my hotel to the start, I joined hundreds others.  Most were doing the half-marathon (which shared all but 50 feet with the marathon).  A delay of 15 minutes caused by late buses from the parking areas was the only blemish.  The race heads west to lap the famous residential areas of Newport.


Spotting a great view of Newport Harbor, I slowed and pulled off the course to take a photo.  Some spectators nearby started to laugh. I shrugged and said it was pretty.  And it was just a marathon.  They just shook their heads.


The goal for the day was consistency.  I wanted to stay right at a 9 minute pace.  As I race, I was very conscious of how far ahead of a 9 min pace I was.  2-4 minutes was pretty much my number for the first half.  That meant, I could run the hillier and less populated 2nd half (sans the half-marathoners as they had finished) in 2-4 minutes slower.

Mile after mile came and went.  Uphills caused me to slows, but I resisted bounding down the subsequent hills for fear of shredding my quads too much.  I picked up a bit of speed to compensate for the ups, but again, slow and steady was my goal.

Some say that a marathon is made or lost in the last 3 miles.  Some even say in the last 6.  For me, those last three miles made this marathon.  I just kept on going.  Even as my brain said slowdown, you can beat 4 hours without much effort.  Take a walk break.  Go slower up the hills.  My body said otherwise.  It said you got this.  Keep it up.  I have gas left.  So what if this was miles 49 - 52 over two days.  Don't stop.  Do it.

I just kept at it.  Left foot.  Right foot. I passed a ton of people though I took no pleasure in it. Yet, this served as a guide to me that I was doing something hard.  The last mile was downhill, and I found a way to speed up to 8:30.  This last mile locked in the person victory

I seldom care that much about my performance.  Sure, I am happy when the times are fast.  But in this case, hitting my goal (which included the 3:54 I ran in New Hampshire 2 weeks previously) really made me feel proud of my training and racing acumen.  I felt it appropriate given these races are part of the 5 runs for charity.

Next up is the Denver Half-Marathon where I will help pace my friend Lyndsey to a 2 hour finish.

Thanks for your support. 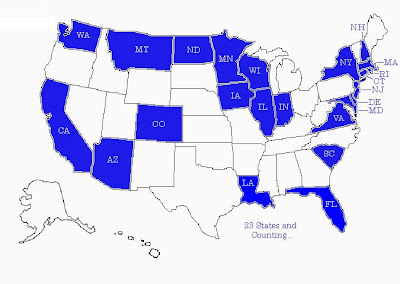