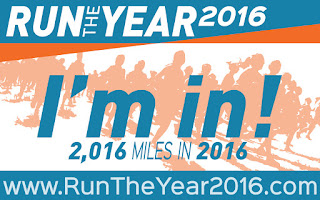 The 2016 fundraiser is going strong!  https://www.justgive.org/lairdo49. Thank you!

As I have been doing this week to celebrate turning 49 (see post 1, post 2 and post 3), I’m challenging myself to finish a number of running related goals while trying to raise $49K or more for charities I support.

Challenge 4 actually started in January. My friend and coworker Andrew put me on to this one - running 2016 miles in 2016. I think I have done this many annual miles before - maybe once. So, I bit at the challenge. There is an org called Running the Edge that offers up a website for this virtual event.

What I liked about the idea beyond just having another test of my fitness is that it starts to move me toward that third 50-50-50 goal - the goal of running across the US from the west to the east coast. That distance is about 3,100 miles from either San Francisco or Los Angeles to New York. Apparently, to be officially recognized as running across the country, one has to run from one of those city halls to the NYC one. I have no idea why this is the official distance, but at least it is not Seattle to Miami! Or Nome to Key West for that matter!

[Side bar: In fact, there have been a number of cross country events held in this past 100 years - some even as multi-day races. The world record is something like 50 days. Harry Abromowitz is thought to be the only person to run east one year in 1928 and back west in 1929 in the two “Bunion” Derbies and perhaps be the only person to run twice across the country in any distance. He finished 11 of 55 the first year and 9th the next year. I met the masters record holder Marshall Ulrich in Colorado and read his book about his successful but hellish 52.5 day journey.]

My guess is that I need to plan to take 120 days to do this trying to average 6 days running out of every 7. That’s basically 6 marathons a week! So, I have a lot of running to do to bring me up to that level. This 2016 in 2016 challenge seemed the perfect way to start!

When then do I think I can attempt the cross-country personal cannonball run? Right now my thought is to look at between 2020 and 2022 and try to leave from Los Angeles around March taking advantage of the warmer souther route to cross the Rockies and to hit New York around my 53rd birthday. 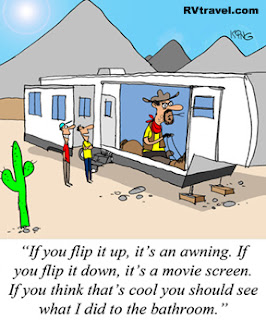 A lot will depend on logistics for this effort. I suspect besides getting my running up to enough miles that the logistical prep itself will take a good year. I will need a support crew, and I will be running to raise money plus hopefully I will have sponsors. Lots to think about! Quite a project and frankly, I really don’t know what this will be like.

That’s partly what makes it an interesting challenge. I knew I could run 50 miles (or at least run most of it). I feel good about the 50 state marathons. I’m close enough to get it done and there is no real consequence to missing by even a few months should that happen. The deadline is arbitrary. I will still have run all 50 states.

Yet, if I step a foot towards the Big Apple with the intent of showing up there in 4 months, it’s go time. I don’t get to reach Missouri and then decide to finish next year. I either fail or succeed. Not much wiggle room. No one cares if I run to Kansas City (sorry my KC cousins!). Running 1,500 miles sounds hard enough and if that were my goal (how about Vancouver to San Diego?) then it would be achieved, but if I say I am going 3,100, I better be prepared for it. Rain, wind, maybe snow. On the road. 5 hours of running a day. For 120 days.