This third update follows from this post about the 2015 Charity Run Campaign leading up to my 48th birthday on July 12, and state marathon 33 of 50 (see more about that goal).

First off, an update on the fundraising. We've crossed $18,000 yesterday! Again, I really appreciate this as do the people the charities support.  What awesome birthday presents!


Today’s spotlight is the Andrew Reisse Scholarship Fund at the University of Maryland.
Andrew Reisse, a graduate of the University of Maryland Computer Science program, helped start a company called Scaleform with Brendan Iribe and Michael Antonov.  Flash forward about a decade, and Scaelform is sold to Autodesk.  All of that team end up at Gaikai which promptly is sold to Sony.

3 years ago this weekend, the team met Palmer Luckey and saw his crazy duct tape VR prototype.  Oculus was born and on its way to a massive Kickstarter campaign and ultimate acquisition by Facebook.  I was lucky enough to meet the team in October 2012 and join in January 2013 as employee 15.

Unfortunately, these past three years has seen a terrible tragedy before even our one year anniversary. Andrew, a key programmer on the team, was killed while walking across the street - a victim of a police chase gone horribly wrong as a car driven by gang members fatally struck him. 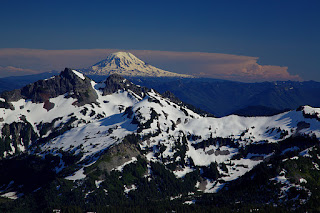 Following this horrible incident, we decided to create an endowed scholarship in Andrew’s memory.  Dan Offner, our GC, and myself reached out to the University of Maryland and did the paperwork.  Brendan Iribe, our CEO and fellow UMD former student, endorsed the plan, and all of us on the board of directors approved Oculus’ support.  We worked closely with Andrew's parents, Dana and Robert Reisse (themselves graduates of UMD), to help define the qualifications students would need to receive the annual scholarship.

Andrew had a passion for photography, and we wanted to ensure that his broad view of the world was reflected in the scholarship.  Andrew would go off for days of hiking to spend time with nature, his camera often his only companion.  While this was not a requirement of the scholarship, perspective students needed to share this joy of the world.  I’ve added a few of Andrew's photographs here but really you should just lose yourself amongst the art at http://www.reisse.net. 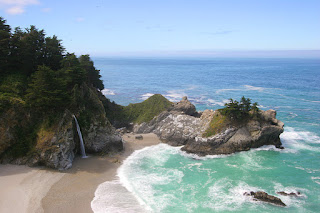 To date, two students have received the scholarship:  Zachary and Corey

Corey wrote this about the scholarship:

"The Andrew Reisse Memorial Scholarship allowed me to focus more on my studies, and take more of the classes that I actually wanted to take.   It allowed me to spend more time outside of school tinkering with side projects. Curiosity is what brings about change, discovery, and learning, and the scholarship helped me satisfy some of my own curiosity about special topics not covered in my classes.  It invaluably opened up many doors for career opportunities after graduation."


Zach was the first recipient, and he ended up interning for us at Oculus.  In a letter he wrote to Bob and Dana, he mentioned his love of hiking.  In fact he had spent a summer at CERN and used the weekends to search out trails in he surrounding Alps.  He went on to draw a an even more direct connection with Andrew:

“Andrew took photographs of some of the exact spots at Great Falls MD that I had been to.  I go there several times every summer and relish the fact that such a beautiful environment is so close to my home.  When I was old enough to want to go without my parents, I would forge my own trails over the rocks near the Billy Goat Trail to catch the amazing views of the Potomac River. Andrew seems to have found the same perches and hidden spots I did.  The bond that I felt strengthened further.”

Corey overlapped interests with Andrew as well. Andrew loved to program with graphics, and Corey shares this passion as well.

All the UMD money we receive for this marathon fund raiser will go to add to the endowment and help ensure the fund lasts forever.

We still miss Andrew at work. It’s odd to think that so few of us worked with him but we have a nice nook with his photos up to always remember he helped us become what we are today.